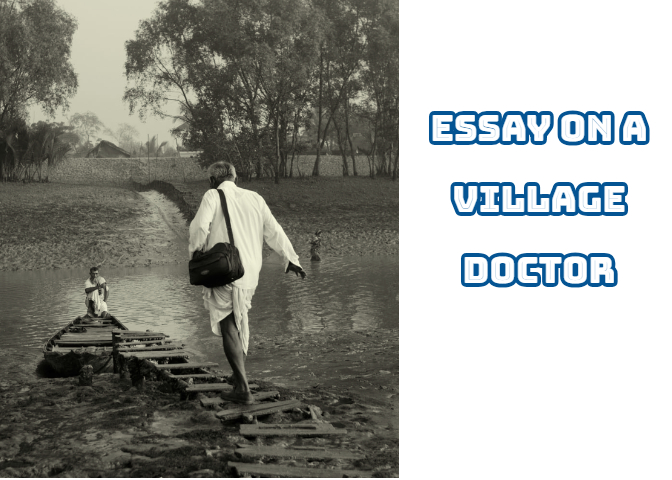 A village doctor is a man who treats the patients in the village. He is a familiar figure. His work is very important. The village people consult with him for their disease-related causes.

A village doctor is either S.S.C or H.S.C. after this he completes LAMAFP or other medical training. Sometimes he has to work under the qualified doctor for a few years. He also gets training under him. Sometimes the parts in training programs organized either by the government or by the NGOs. In fact, a village doctor may be qualified or a quack.

The dispensary of the village doctor is either in his parlor and a room at the village market. His dispenser is not rich condition it has the table, chair, one or two almirahs with a few phials of medicine and one or two benches for the patients. Sometimes he keeps the daily newspaper in his chamber.

A village has higher importance he serves the village people. The village people get the consultation from him. He leads them to the path of recovery. The villagers depend on him he is the ray of hope for the villagers. The poor villagers think of him as their own. He also values their wishes. His knowledge may be poor but his impotence is very great.  He has the high sense of responsibility. He is sympathetic to the patients.

A village doctor has a better social position. All the villagers wish him they have to come to him. He gets respect for the villagers. His financial Condition may not be high, but he holds a great position among the villagers.