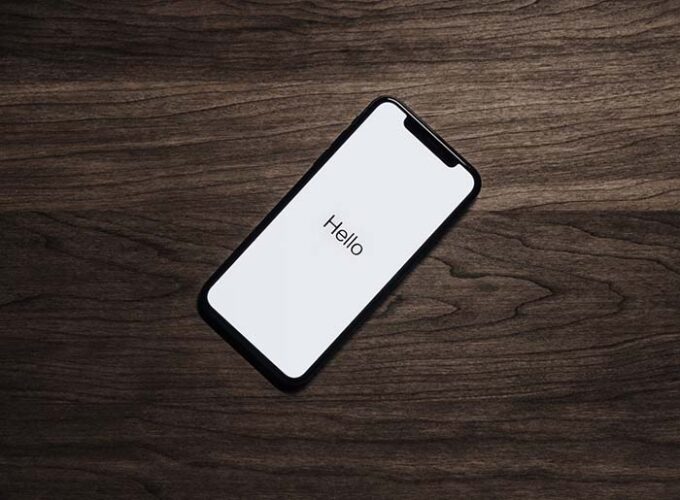 A smartphone, or smartphone, is a mobile phone built on a mobile operating system, with more advanced computing capability and connectivity than a feature phone. The first smartphones combined the functions of a personal digital assistant (PDA), including email functionality, with a mobile phone. Later models added the functionality of portable media players, low-end compact digital cameras, pocket video cameras, and GPS navigation units to form one multi-use device.

Many modem smartphones also include high-resolution touchscreens and web browsers that display standard web pages as well as mobile-optimized sites. High-speed data access is provided by Wi-Fi. mobile broadband, NFC, and Bluetooth. In recent years, the rapid development of mobile app markets and of mobile commerce have been drivers of smartphone adoption.

Such operating systems can be installed on many different phone models, and typically each device can receive multiple OS software updates over its lifetime. few other upcoming operating systems are Mozilla’s Firefox OS, Canonical Ltd.’s Ubuntu Phone, and Tizen. Worldwide sales of smartphones exceeded those of feature phones in early 2013. As of July 18, 2013, 90 percent of global handset sales are attributed to the purchase of Android and iPhone smartphones. The first Li-Fi smartphone prototype will be presented at the Consumer Electronics Show in Las Vegas from January 7th-10th in 2014. The phone uses SunPartner’s Wysips CONNECT, a technique that converts light waves into usable energy, making the phone capable of receiving and decoding signals without drawing on its battery.

One can already do a million and one things with smartphones in our pockets, but who knows what phones will be able to do in the future. Contact lens phones, gold tooth phones, earring phones – the possibilities are endless.