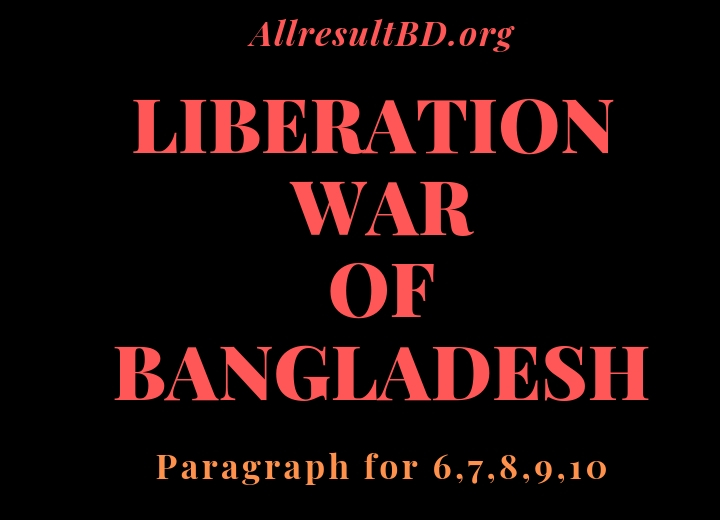 Developing ideas: The liberation war of Bangladesh took place in 1971. Our country experienced foreign rule before independence. The occupied Pakistani rulers exploited this country. The deprivation, exploitation, etc. Grew so high that our citizens showed non-cooperation to the occupied forces in the 1970 election. The Pakistan military just set in its forces on our innocent people at night on 16 March 1971. The innocent people were massacred that night. But our brave people stood against the hyenas. They gathered forces and fought against the Pakistani army. The temporary govt. took oath in Mujibnagar. under its auspices people of all ages participated in the war. Ataul Gani Osmani was the commander of our Mukti bahini. The whole country is divided into eleven sectors. We had rusty weapons but we were motivated by patriotic feelings. Our women also join the war. During this war the barbaric Pakistani forces and their allies looted. destroyed, raped, and killed our people. But our sons were not too cowed down. they continued war. At least our Friendly Indian soldiers join with us. The allied forces attacked the Pakistani soldiers on every side. At last, the Pakistani forces surrendered on 16 December 1971. Before that, they killed our intellectuals. After nine months, bloody war, Bangladesh became a free state on the world map.